HBO unveils a new The Last of Us poster with Pedro Pascal’s Joel and Bella Ramsey’s Ellie that is almost an exact recreation of the game’s box art.

A new The Last of Us TV show poster recreates the original game’s box art. Developed by Craig Mazin, the Emmy Award-winning creator behind HBO’s Chernobyl, and Neil Druckmann, the creator behind Naughty Dog’s acclaimed video game, The Last of Us series follows a hardened survivor named Joel who is tasked with smuggling the teenaged Ellie out of a quarantine zone and escorting her across a post-apocalyptic United States. The HBO show stars a couple of Game of Thrones alumni Pedro Pascal and Bella Ramsey as Joel and Ellie. With The Last of Us TV series set to debut early next year, HBO is already well into its marketing campaign.

SCREENRANT VIDEO OF THE DAY

About two months before the television adaptation debuts, HBO Max unveiled a brand-new poster for The Last of Us. The promotional image, which features the show’s two stars Pascal and Ramsey, is almost an exact recreation of the original box art for The Last of Us, which was released for PlayStation 3 in 2013. Both pieces feature Joel and Ellie looking back with a ruined, mossy city behind them. At the bottom of the new poster, there is a tagline, “When you’re lost in the darkness, look for the light,” which is a direct quote from the original game. Check out the new poster below:

Related: HBO Max’s The Last Of Us Can Fix A Big Bill Mistake From The Game 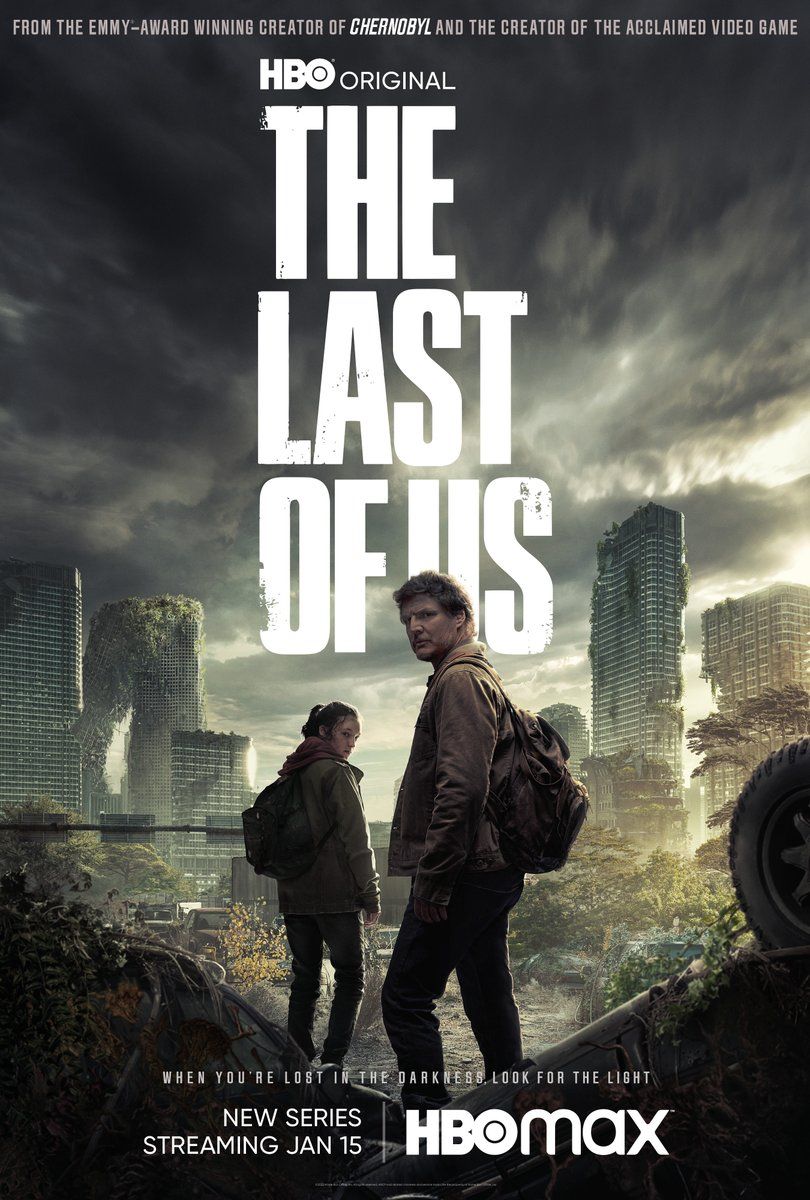 With the new Last of Us poster essentially recreating the original game’s box art, it’s clear that the HBO adaptation is committed to recreating the game’s aesthetic. This is to be expected with Druckmann on board the HBO show, who was instrumental in the development of the games as a writer and creative director. Mazin, who demonstrated his sensibilities on Chernobyl, was also a great fit for The Last of Us TV series and an indication the HBO adaptation will embrace the bleakness of the source material.

Other than its creative team, HBO’s Last of Us is also honoring the original game with its casting decisions. Pascal and Ramsey have been widely praised as perfect castings, though the live-action show is also bringing back numerous voice actors from the games. For the role of Marlene, the leader of the resistance movement known as the Fireflies, the show cast Merle Dandridge, who voiced the role for the video games. Troy Baker and Ashley Johnson, who voiced Joel and Ellie in the games, will star also in the series in undisclosed roles.

While there has been some concern about The Last of Us show making changes to the video game timeline, The Last of Us trailer should have dispelled any worries about the HBO show not being accurate to the game. This new poster should continue mounting anticipation for an adaptation that will pay homage to the beloved Naughty Dog game. The wait is almost over, as The Last of Us premieres January 15 on HBO.

More: You Missed The Best Last Of Us Easter Egg In HBO’s Trailer