The Kiwi Victoria’s Secret model, 30, announced the happy news on Instagram on Saturday, revealing her boyfriend of two years proposed during a photoshoot for Tiffany & Co.

She was shooting a campaign called ‘Tiffany Love’ when Nathan, 27, dropped down to one knee on set. 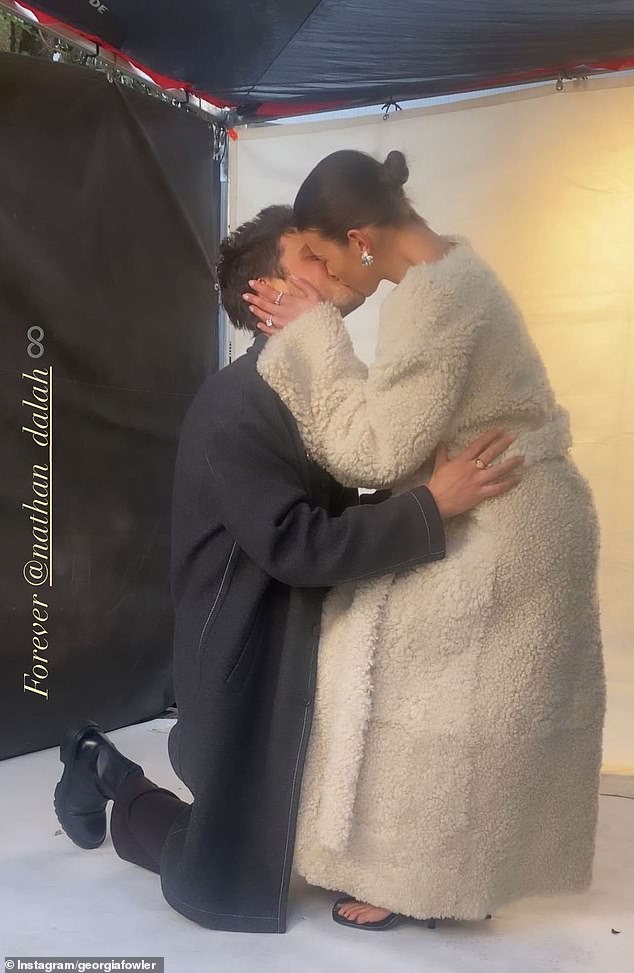 ‘Nathan was getting so into this Tiffany Love campaign that he surprised us all, including the client – dropping a knee to ask me to marry him,’ she wrote alongside the video.

‘Of course I said yes. Nathan you may be a little ad hoc at times, but you’re definitely the one for me. I can’t wait to be your wife, here’s to forever.’

In the video, Nathan – who is the CEO and co-founder of restaurant chain Fishbowl – is seen getting down on one knee in front of the former Victoria’s Secret model.

‘I would say that I had this really crazy idea,’ he says in the clip. 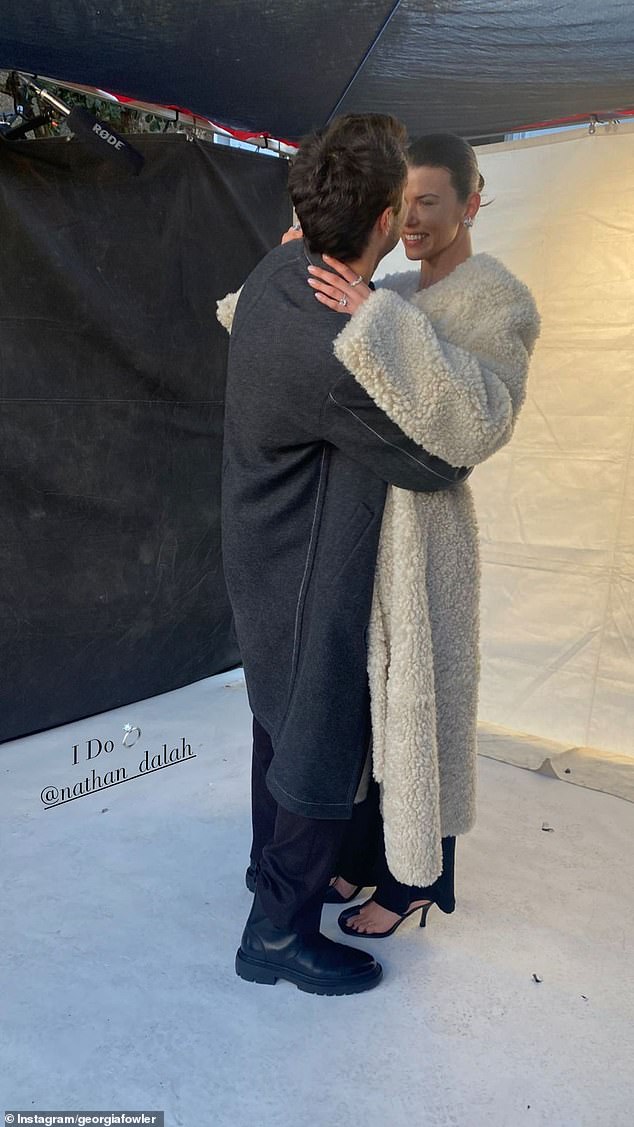 Georgia replies, ‘Yes, I will,’ before the crew cheers for the happy couple.

Congratulations were in order for the pair, who confirmed their relationship back in February 2020. 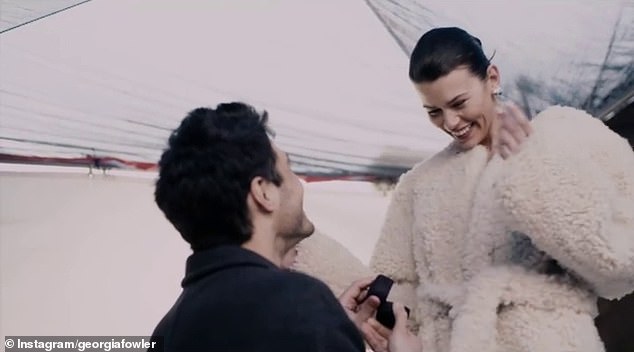 Congratulations were in order from the couple’s famous friends

Georgia welcomed her daughter with businessman boyfriend Nathan on September 17 last year, after announcing her pregnancy in April. 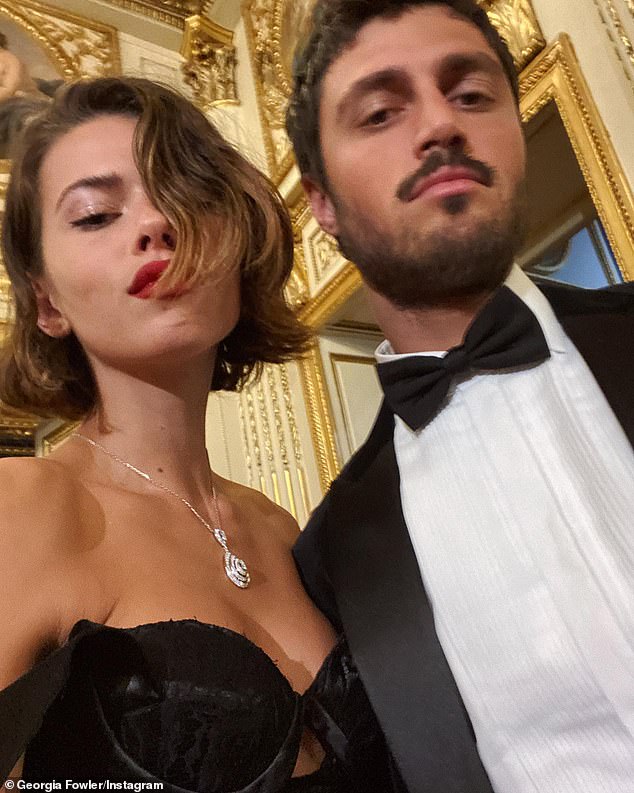 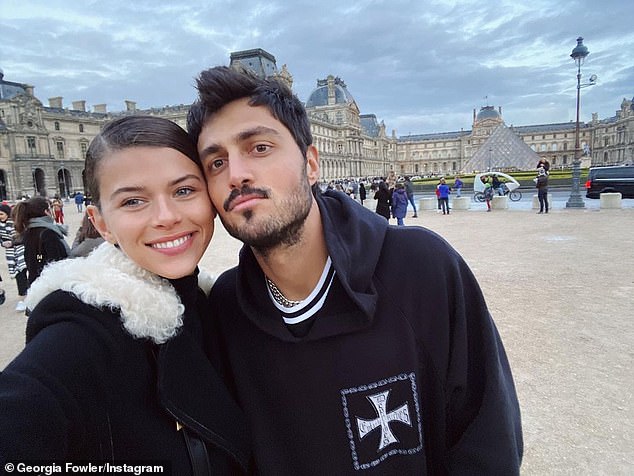 ‘Dylan Aman Dalah. 17.9.21. Welcome to the world. We love you so much,’ she wrote on Instagram at the time, sharing a series of photos of the newborn.

The New Zealand native recently shared her delight at becoming a mother, saying it was ‘much easier’ than she’d envisioned.

‘It has been easier than I thought. She’s a real angel so it’ll be fine,’ she told Daily Mail Australia at the Moët & Chandon Effervescence in December. 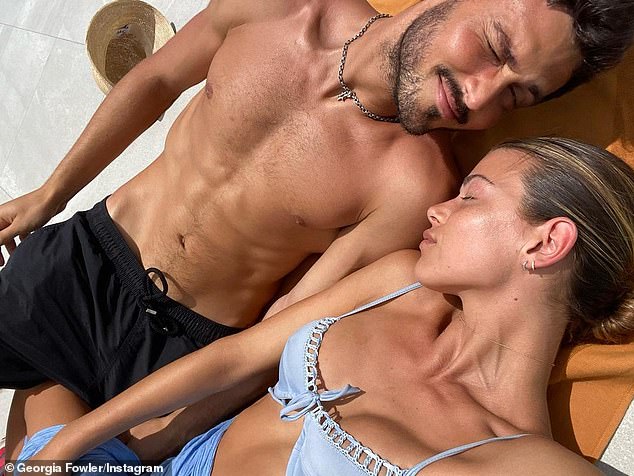 The couple confirmed their romance in February 2020

‘It’s been really nice to be able to hang out with Dylan and have a great baby.’

Nathan is the co-founder of healthy fast food chain Fishbowl alongside Nic Pestalozzi and Casper Ettleson.

The trio opened their first restaurant in Bondi, in Sydney’s eastern suburbs, back in 2016. 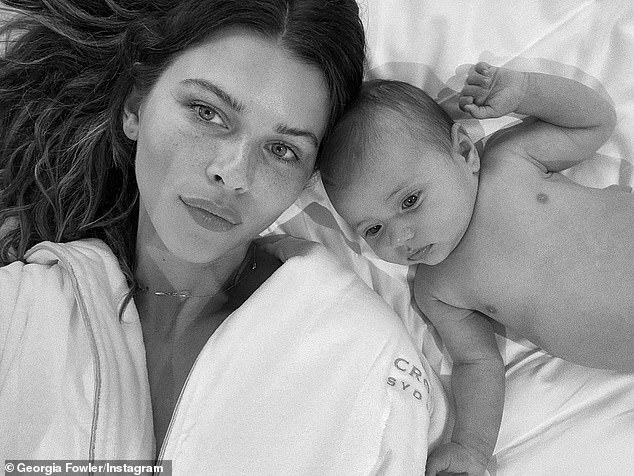 The New Zealand native recently shared her delight at becoming a mother, saying it was ‘much easier’ than she’d envisioned

Five years later, the chain – which specialises in made-to-order Japanese-style salads – has become an empire set to make $60million in revenue in 2022.

Nathan was estimated to have a net worth of more than $1million, according to reports from last year.

As for Georgia, the model was ranked in the world’s top 50 highest paid models in 2020.

According to Celebrity Net Worth, the beauty’s net worth is estimated at $1million.