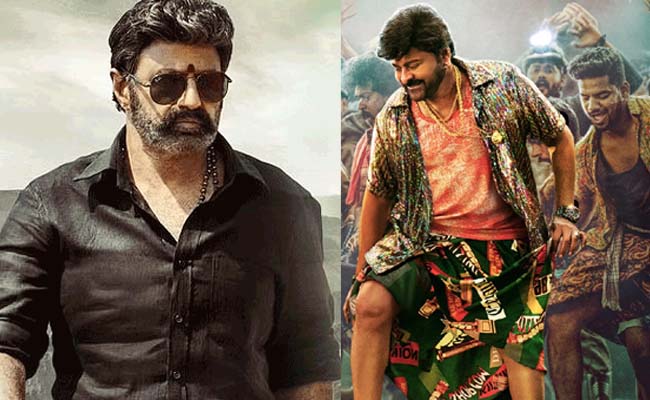 Devi Sri Prasad and Thaman are the top music directors of Tollywood. Both of them have been undeclared rivals by the virtue of competition between them.

Now they are coming up with Waltair Veerayya and Veera Simha Reddy respectively.

It is needless to say that fans draw a line of comparison between the two. It was in 2020 January when the films Ala Vaikunta Puram Lo and Sarileru Neekevvaru were released in the music direction of Thaman and DSP respectively.

There were huge comparisons between the two and finally Thaman scored bigger than DSP. That doesn’t mean DSP stands in second place. He scored a blockbuster with Pushpa and some of his other films were also filled with super chartbusters.

But still comparison is inevitable now. Already the first single from Waltair Veerayya has come out which is receiving mixed response. Though the song is receiving a good number of views and likes, the impact is not as anticipated because of the weakest lyrics ever in a DSP’s song.

Many have expected that this first single would be on par with that of the Ammadu Kummudu song that created a phenomenon. But there is nothing novel in “Where is the party” song and it sounded as old as that of Simbu’s 12 year ofl song from Silambattam which goes on the lines on the same line “Where is the party”. However, this may slowly build up its fan base with Chiranjeevi factor.

Now we have to see what is in store from Thaman with Veera Simha Reddy. If he can deliver something out of the box, then he may be on the winning edge.

These days music has become a vital tool to measure the range of a film. The openings of big films are completely based on lyrics and music from quite some time.

The Boss Party song is certainly not the best one to pull traction to theatres. There should be something bigger from Waltair Veerayya towards the release.

The responsibility of building craze for the films is on the shoulders of DSP and Thaman. We have to see how far they will be successful. They must be in deep tension right now.