Skip to content
Tailgating is drivers’ biggest pet peeve when it comes to others breaking the road rules, according to a poll of more than 5500 motorists.
Royal Automobile Association (RAA) surveyed 5584 South Australian drivers on what behaviour they found most annoying on roads in the state.

Tailgating came in as the most annoying behaviour, claiming 27 per cent of the votes.

Failing to keep left unless overtaking was deemed the second most annoying, with 17 per cent of voters choosing it.

The other annoying behaviours were ranked as follows:﻿

The RAA said it ran the poll to remind drivers to obey road rules.

“All these traffic offences can also lead to situations in which other drivers can become enraged and end up making poor decisions,” the RAA’s Charles Mountain said. 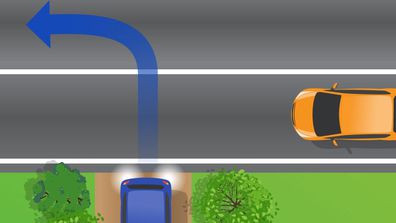 Can you reverse out over unbroken lines?

“We obviously need to do more work in helping drivers understand all the road rules and how they work.”

He said the bad driving habits could create serious safety hazards, as well as earn costly fines and loss of demerit points.

Latest figures show more than 5000 motorists have been pulled over by South Australia police for tailgating – resulting in $1.32 million worth of fines – during the past two financial years.

In the same period police figures show 1347 drivers were caught failing to keep left unless overtaking, resulting in 995 cautions and 352 fines worth $124,385.