TIM FINN AND PHIL MANZANERA: The Ghost Of Santiago (Expression)

The prospect of two art-rock veterans making a new album together conjures up images of seasoned pros reliving past glories with ‘reimagined’ versions of old hits and celebrity cameos from famous bandmates.

Nothing wrong with that, of course, though many would probably label the spectacle male, pale and stale.

The Ghost Of Santiago, the latest offering from former Crowded House member Tim Finn and Roxy Music guitarist Phil Manzanera, is something different.

Conceived in lockdown and recorded remotely in two home studios 12,000 miles apart, it’s a bold pooling of resources that spans an array of styles and lives entirely in the moment. 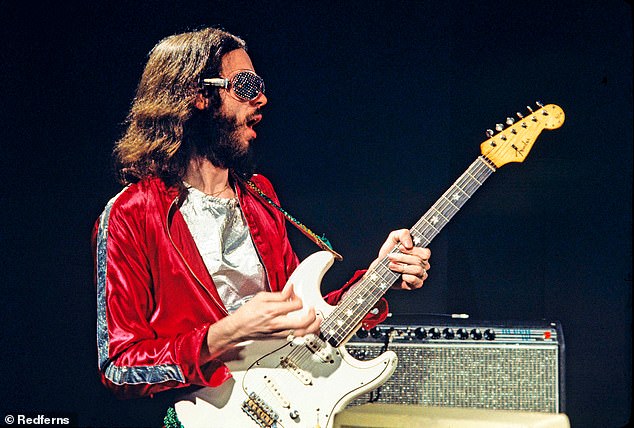 The Ghost Of Santiago, the latest offering from former Crowded House member Tim Finn and Roxy Music guitarist Phil Manzanera, is something different

New Zealander Finn, 70, was in his younger brother Neil’s band in the early 1990s, staying long enough to co-write the hits Weather With You and It’s Only Natural. Manzanera, 71, has been in Roxy Music since 1972, and is set to rejoin Bryan Ferry, Andy Mackay and Paul Thompson for the band’s 50th anniversary tour in September.

Finn and Manzanera also have their own, long-standing creative bond. They first met in Sydney in 1975, when Roxy were on their first Australian tour, and have remained in touch ever since.

Manzanera produced a record for Finn’s first band, Split Enz. Tim guested on a couple of Phil’s LPs. They teamed up again last summer for another collaborative album, Caught By The Heart.

The ten tracks here follow on from that. A combination of chamber music and luxuriant Latin pop — and perfect for languid summer evenings — it’s offbeat, eclectic and not a million miles away from the kind of thing Damon Albarn would cook up in Gorillaz.

The opening tracks are the least surprising. Space Cannibal blends Manzanera’s shape-shifting guitar with electronic sounds. Those expecting a return to the piercing riffs he once reeled off on Roxy Music songs such as 1973’s Amazona should cover their ears. His playing is elegant and understated, but no less compelling for that. 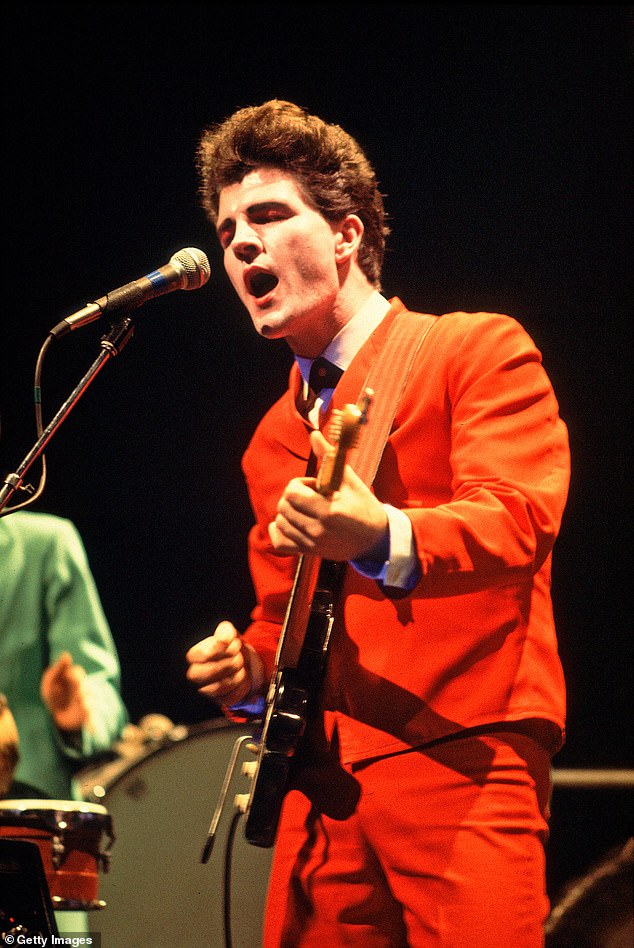 Tim Finn (pictured) and Manzanera also have their own, long-standing creative bond. They first met in Sydney in 1975, when Roxy were on their first Australian tour, and have remained in touch ever since

Our Love is an adroit mix of Roxy’s latter-day polish (think 1982’s Avalon) and Finn’s sumptuous melodies, but the surprising Latin twists start arriving from that point onwards.

The title track is Finn’s way of exploring Chile, a country he has never visited in person, through smoky vocals, strummed guitars and accordion.

‘Dreams will thrive as long as human love survives,’ he whispers. Manzanera’s Latin credentials are more authentic. Born in London to a British father and Colombian mother, he spent his childhood in the Americas and picked up his first guitar in Havana.

Aided by former Stereophonics drummer Javier Weyler (born in Buenos Aires), he sounds at ease on the brassy, percussive pop of Llanto. But the most striking contributions come from London-based fado singer Sonia Bernardo, who adds jazzy touches as she duets with Finn on three songs, before the album swings back towards pop for a three-song finale that includes the bucolic Falling Asleep.

Kaleidoscopic without being scattergun, The Ghost Of Santiago ties together some contrasting strands extremely well: they should consider taking it on tour.

Maryland singer Maggie Rogers made quite an impact when she released her first major album, Heard It In A Past Life, in 2019. 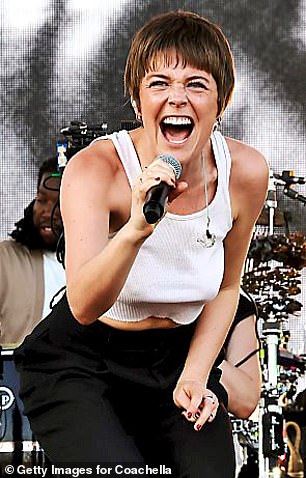 Maryland singer Maggie Rogers made quite an impact when she released her first major album, Heard It In A Past Life, in 2019

She was lauded by Lorde — who called her work ‘a featherlight sucker punch to the heart’ — and championed by R&B kingpin Pharrell Williams, who discovered her while she was a student in New York and likened her individual style to that of rappers the Wu-Tang Clan.

Heard It In A Past Life hit No 2 in the U.S. charts, reached the Top 30 in the UK, and established Rogers as America’s answer to Norwegian dance-pop sensation Sigrid.

Her breakthrough single Alaska, a folk song that left Pharrell speechless, captured her as an Earth Child, singing about icy streams as she skipped through woodland.

Her flowing locks now trimmed into a pixie cut, she has toughened up her act on second album Surrender. Working with British musician Kid Harpoon, producer of choice for Harry Styles, she has retained her introspective streak, but the soul-baring and vulnerability now arrive with the squally guitars fully cranked up.

Like many artists who wrote in lockdown, Rogers, 28, had amassed plenty of material by the time the world started opening up again. Having moved to a beach-side house by the Atlantic, she came up with 100 songs before whittling them down to 12.

She also managed to squeeze in a masters degree in the ethics of pop culture at Harvard University — but shies away from anything too scholarly on Surrender. The album opens in emphatic style.

Overdrive is a widescreen indie-rock number about a tempting but tangled relationship. ‘I don’t want to do this again if you’re going to break my heart,’ she sings.

A partner’s past life comes back to haunt her on That’s Where I Am (‘I think of her, the woman that you once dated / I couldn’t relate to her glitter and furs’), before she turns her attention to sensual desire on the super-catchy Want Want.

Beyond that, there are dreams of post-lockdown escape on Anywhere With You, a road anthem pitched between Springsteen and Arcade Fire; and guest appearances from Florence Welch and Mumford & Sons keyboardist Ben Lovett on the noisy Shatter.

After such a boisterous move away from the folk-tinged songs of old, it’s no surprise that Surrender eventually runs out of steam. Symphony, all humming electronics, fails to hit the spot.

The acoustic I’ve Got A Friend showcases Rogers’ storytelling talent, but lacks the directness and power of the album’s earlier tracks.

Aware that she’s sometimes guilty of overthinking, she checks herself on the whipsmart Be Cool.

‘Maybe, for just one night, we could listen to Britney,’ she suggests. She’s at her best when she cuts loose.

Both albums are out today. Maggie Rogers starts a tour on October 31 at O2 Academy, Leeds (gigsandtours.com).